It was 6 p.m. when the Devil walked into my office and had a seat.

Bounty hunter Victor McCain always wondered how his brother, Mikey, went from down-n-out loser to one of Louisville’s richest men. Now he knew: his brother sold his soul to the Devil. And in twenty-four hours, Mikey would die and spend eternity in Hell unless Victor agreed to hunt down a thief, a woman as deadly as she is beautiful. On a journey of murder and betrayal, Victor must now put his own soul at risk to save his only brother, battle a dark underground organization with the goal of nothing less than global war between Christians and Muslims, and fight creatures from man’s darkest nightmares. Then there’s the Hand of God, God’s own bounty hunter. In the end, will he be friend or enemy? Only Heaven knows.

You can buy the book at Amazon and Barns and Noble. 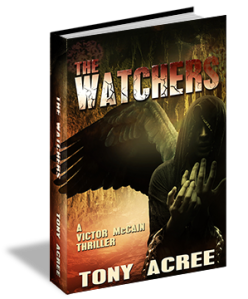 For bounty hunter Victor McCain, life is complicated. After losing his soul, he agreed to become the new Hand of God, God’s bounty hunter on Earth. His job? Track down and kill the worst forms of evil Satan can dish out. But when an ancient threat resurfaces, soon the hunters become the hunted. In this action-packed sequel to The Hand of God, Victor is closing in on his brother Mikey, who cost him his soul and stole the woman he loves.

Soon he discovers his brother’s “back up” plan: to unleash beings chained in the darkness from the early days of man in order to bring about the annihilation of the human race. With the help of fellow bounty hunter Winston Reynolds, computer geek Kurt Pervis, and the enigmatic Brother Joshua, Victor is ready to spring his trap and rescue the lovely Samantha when it all goes sideways.

Now each member of his team is being targeted for elimination. The only question is, can they stay alive long enough to save the world. 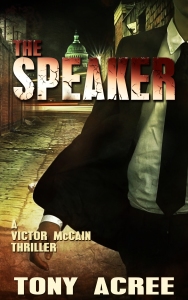 Tracking and killing demons is all part of the job for the Hand of God, Victor McCain, God’s bounty hunter. In this fast paced sequel to The Hand of God and The Watchers, Victor learns facing his inner demons may be deadlier than the real ones.

Turning to the bottle to drown out the memories of a lost love, he begins to take risks which could get him killed. One night, drunk and alone in a bar in Tennessee, he’s ambushed by members of the Church of the Light Reclaimed. He would have died in the attack, if not for a beautiful stranger named Elizabeth.

Later he learns the attack was orchestrated by an old nemesis, Preston Deveraux, and Cyrus Tyler, the new Speaker of the House of Representatives. Victor must lean on the alluring Elizabeth to find the truth behind their plans-only she has secrets of her own which could doom them both.

When yet another player shows up on the scene hunting Elizabeth, Victor must find a way to convince the two of them to work together to help him stop Tyler from reaching his ultimate goal: to throw the world into chaos and war. 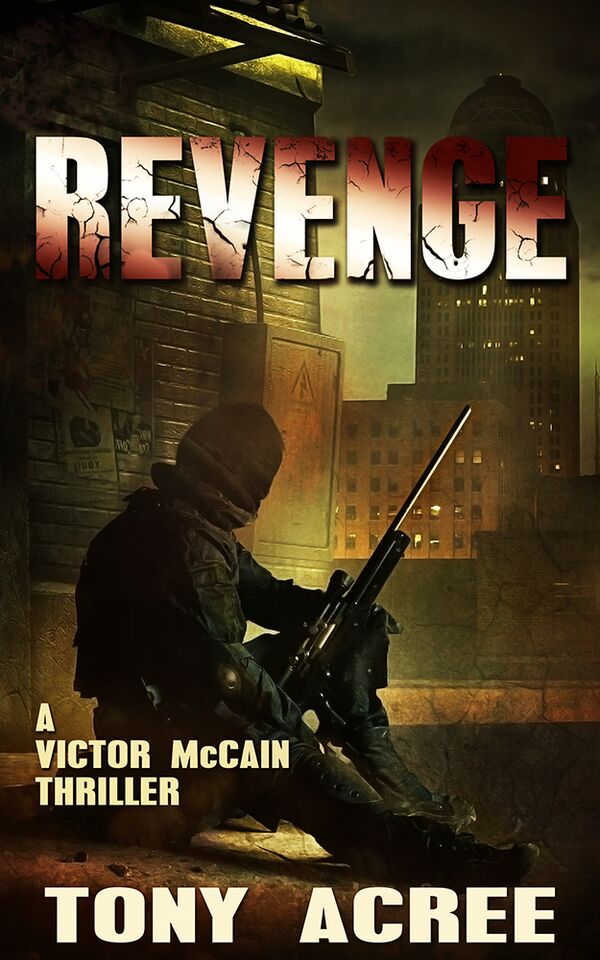 Victor McCain, God’s bounty hunter, knows how to hunt down the world’s most evil beings and remove them. Permanently. In Revenge, the thrilling follow up to The Speaker, Victor learns what it’s like to be the one targeted for death.

With a $10,000,000 bounty on his head, assassins are finding their way to Louisville to try and collect on the contract of a lifetime, including Black Ice, the world’s top killer. But he is not alone.

An old foe has returned from the dead to seek revenge on Victor by destroying those he holds dear, including a new love. To save her and the others close to him, he must avoid the assassin’s bullet and the efforts of an angry cop intent on putting Victor away for life and unravel a trail of kidnapping, torture and murder.

YOU CAN READ AN EXCERPT HERE 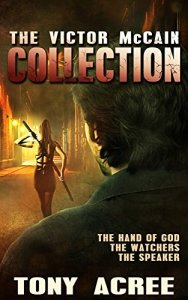 Vengeance is an addiction, a need, a necessity.

Vengeance is all Samantha is living for.

They took her dignity; they caused her pain.

Samantha has come a long way from being the daughter of Satan’s right hand man. She’s been burned down to her soul, and she’s back to find the one who ordered her torture. Together with her best friend, an order of militant nuns, and a tech wizard, she’s out to take down the leader of the movement. In the battle between good and evil, faith and vengeance are all that are left.

This thriller is a continuation of the Victor McCain series, telling Samantha’s story between the events of The Speaker and Revenge.

Samantha Tyler is a kick-ass, take-no-prisoners kind of girl. She lives by her own set of slightly broken rules, and the drummer she marches to has cloven hooves.

She’s having just another normal day as a vigilante on the good side of the supernatural until an alarming call from her mentor, Sister Evangeline, prompts a trip across the sea to the Abbey of Sainte Aelis in France. One of the nuns and a local village woman are missing, unusual enough, but there are ominous whispers in the air leading everyone to believe an unholy creature is responsible.

When the trail of carnage leads back to a remote cabin in Kentucky, Samantha discovers a new horror is sipping the living soul from its victims. With the help of her best friend, Alex, the mysterious Abe Shepherd, and the enigmatic Declan, she uncovers one of the oldest and most fantastically alluring threats to mankind.

Katy: What year were you born?
Me: 1963
Lauren: You must have dressed really different back then.
Me. Yep. I wore diapers.
Twins: (Long stare, then they both shake their heads.)

Twins, scammers, retail clerks…Tony’s dealt with them all.

A prolific teller of lies, Tony Acree steps away from the world of fiction, and his award winning Victor McCain thrillers, in his first work of nonfiction. Tell Me More is a collection of stories as relatable as they are irreverent.