It’s that time of year again, when we scramble to find gifts for friends and family. And knowing what to get is always a problem, even for those you know who love books. What if you buy the latest New York Times bestseller and they already have it? That’s awkward. You could always break down and buy a gift card from Barnes and Noble, but where’s the fun in that?

Let me make a suggestion: try one of these books from the authors at Hydra Publications. Because Hydra is a small press publisher, the chances are the person you’re buying for may not have heard of the books they carry. But that doesn’t mean the writers aren’t talented. O contraire! The writers at Hydra are very good and you can find books in just about any fiction genre you like. Here are some suggestions on what to buy so you can fill up those stockings hanging on the fireplace mantel.

Let’s start with some fantasy, both traditional and urban.

Filled to the brim with forbidden love, an ancient evil, and a nation in disrepair, Empyreal Fate is a tale of riveting bravery and mortal corruption.

The land of Llathala lingers on the brink of war between men and elves, a dark history surrounding each race. Stirred by tensions of the land, a shadow of the past reemerges, taking precedence in reality and consuming the very soul of mans’ mortal weakness. Darrion, the son of a poor laborer, is ensnared in a hostile world, forced to choose between loyalty to his king or the counsel of the elves. Yet Fate has other plans in store, tying his course to Amarya, an elven royalblood of mysterious quality and unsurpassed beauty. But this forbidden connection incites betrayal from members of their own kin, marking them as traitors to the crown. In a land torn asunder, only Fate’s decree can allow such love to coexist with an ancient enmity.

Find the book on Amazon

For the young adventure fantasy lover who has already read Harry Potter, the Hobbit and Lord of the Rings too many times, try a brand new series.

Deception Peak is a young adult adventure fantasy about a teenager, Ian Wilson, who follows his father through a portal that magically appears on their computer screen. They travel into a deceptively beautiful Realm, where horses run free, the wind sings prophetic melodies, and their computer avatars come to life.

But when the two are separated, Ian is abducted by a tribe of dragon worshipers and is forced to find his courage. As he struggles for his freedom and embarks on a perilous search to find his father, Ian meets the true peacekeepers of the Realm. It’s then that he learns he has a greater purpose for being there.”

Says The Independent Review UK “Gardner’s prose is very descriptive: the sights, sounds and smells of the Realm are brought vividly to life; it was easy to picture it. I thoroughly enjoyed reading about a reluctant hero finding resolve and reserves of courage in testing circumstances. The value of friends and family, being able to survive in hostile surroundings, becoming self-reliant, are all excellent themes for children to learn…and with a title like ‘Deception Peak’ you should expect plenty of mind games, trickery, and sorcery!”

The Jealousy Glass by Gwen Perkins 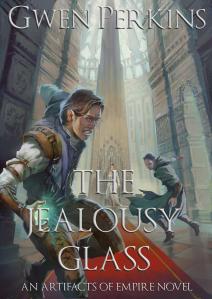 “We came to stop a war before it came to Cercia. And it seems the war has come to us.”

Responsibility and patriotism spur Cercia’s new leader, Quentin, to protect his beloved country at all costs and he assigns Asahel and Felix to serve as ambassadors and secret agents to Anjdur. Their journey quickly turns awry and Asahel and Felix barely escape a devastating shipwreck, walk a tightrope of political tension, and rescue an empress before they learn they must face an enemy closer to them than they thought.

Will they be able to uncover an assassin’s plot before it’s too late? Will Asahel be able to unearth a secret that is vital to their mission? Will Cercia survive its own revolution? In The Jealousy Glass, Perkins boldly continues a series of unforgettable characters and events that will leave you begging for more.

Find the book at Amazon. 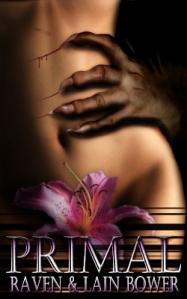 Pursued by a ruthless crime lord after witnessing the murder of an FBI agent, Wrey must rebuild the life they stole from her. When she meets mysterious Arvon Night, her precious new life unravels as she’s thrust into a web of betrayal, lust and violence.

Arvon knows he must slay Wrey to keep his secret safe from those who hunt him. Each hour his enemies stalk closer, ready to kill.

Can Wrey’s powers of nature and spirit help her survive the yearning and dangerous Arvon and the tide of peril he brings with him? Or will an opportunistic hitman take advantage of them both?

You can find the book on Amazon

For years, the barbarian warrior Roch has hunted the murderous pirate Victor Karn. Finally, through a vision from a beautiful witch, Roch is shown an opportunity to infiltrate the pirate’s crew, but to succeed he needs the fabled treasure of a seductive sea nymph. With his trusted dwarven companion Tigs at his side, Roch sets out to find and defeat the sea nymph. With a malicious stalker haunting their every move, the duo finds that surviving to face the nymph is a much greater challenge than they’d anticipated.

You can find the book on Amazon. 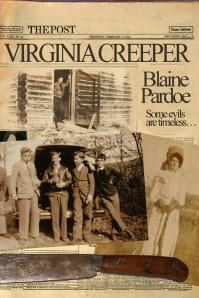 Personal Journal: Blaine Pardoe “I wasn’t prepared for this, hell, no one was, especially the police. I could wrap my mind around a serial killer back then. Oddly, that was easy especially when these crimes first broke. Serial killers seemed commonplace – almost boring. The Route 211 killings were big news, but only for a few weeks, then the story disappeared, except for those of us involved with the investigation. “These killings were something more. The Virginia Piedmont had malevolent secrets that were thought long lost and forgotten. The more I dug the more I discovered that these horrific murders spanned centuries. The common link to the savage murders was to the crazy Fitzwater family, but their ties to the crimes were even more sinister than the public ever knew. It was something dark and evil, a killer that didn’t just kill his victims, it performed rituals that still send shivers down my spine. “Nothing prepared me to face a force of darkness centuries old, one that consumed its victims to cheat death. I always said I had seen everything until that autumn of 1998 when I found myself ensnared in a diabolical growth of Virginia Creeper…

You can find the book on Amazon.

Gnosis: Greek word meaning knowledge. Murder, mystery and redemption are at the heart of “Gnosis.” Detective Jack Dantzler has no clue why he has been summoned to the prison to meet with the Reverend Eli Whitehouse, a man convicted of committing a double murder twenty-nine years ago. He is stunned when Eli claims to be innocent and wants Dantzler to prove it. But Eli only gives Dantzler a single clue—look at the obituaries in the local paper for a specific two-week period. Reluctantly, Dantzler agrees to look into the case. As he does, two more people are brutally murdered. And although Dantzler isn’t aware of it, he has become a target for the killer. Dantzler goes back to Eli and pleads for another clue. All Eli says is, “think of Jesus’s empty tomb.” It will be this whispered utterance that unlocks the mystery and reveals the killer’s identity. But this isn’t just any ordinary killer. This is a man with a dark and bloody past, a man with connections to the highest levels of organized crime. Dantzler is now on the trail of an ice-cold assassin, fully aware that one slip will mean instant death. Sometimes having too much knowledge can lead to deadly consequences.

Find the book on Amazon.

Without a Conscious by James William Peercy, 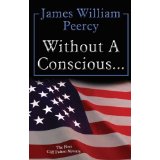 They tried to kill a nation. Revenge and genocide, is that even possible? Walk into the arena of Without A Conscious… where an unsuspecting college student is dragged into a world he never knew. Under a ruthless plot carried out in the name of progress and greed, our nation is attacked. Hindered from the truth by those in power, it’s a fight for the right to survive.
When Cliff finds a photo of his murdered grandmother under the door of his apartment, his whole world explodes. Haunted by a mysterious caller, hunted by an unknown murderer, this mystery drags an ordinary college boy into a foul formula for genocide.

With only twenty-four hours to deliver what the caller wants, without knowing what it is, Cliff encounters a seductive temptress, a helpful turncoat, a broken heart, and a mystery which started in 1950.

You can buy the book on Amazon.

Dearly Departed, Book One of the Grave Reminders series by Rachel Lanham Rawlings.

Dorothy, or Dot to her friends, is the slightly eccentric daughter of the town’s funeral director. Her art is the only medium that she can express herself with, but it sets her apart.

Until she meets him.

He walks the cemetery looking for something. Something he cannot explain. In him she finds an acceptance she has never had. Yet to keep him, she has to help him find what he has lost. Whether it brings him home to her, or ends his existence completely.

You can buy Dearly Departed on Amazon.

Do you only read books on your Kindle? Then here are a couple of more suggestions.

How about some Steampunk? 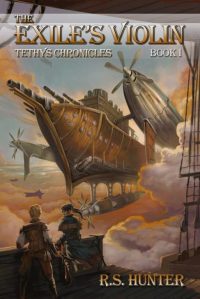 Why hire mercenaries to kill an innocent family just to obtain one little key? That question haunts Jacquie Renairre for six years as she hunts down the people responsible for murdering her parents.

Not even accepting an assignment to investigate a conspiracy that aims to start a war can keep her from searching for the key. Armed with her father’s guns and socialite Clay Baneport, she continues her quest for answers abroad.

With the world edging closer to disaster, Jacquie is running out of time to figure out how the war, the key, and ancient legend are intertwined. The fate of the world hinges on her ability to unravel both mysteries before it’s too late.

You can purchase the book at Amazon.

Into the Spiral, Book One of the Spiral Defenders Series by Erin Danzer

Fifteen-year-old Veronica “Ronnie” Lambert wants to get out from under her older brother’s shadow. When Ronnie gets a tattoo and then is struck by lightning, she suddenly finds herself able to see and hear things in shadows that don’t appear to others. Then Ronnie meets Gavin Clearwater, the hot new guy in all of her classes and finds out he can see and hear the same things she can.

Find the book on Amazon.